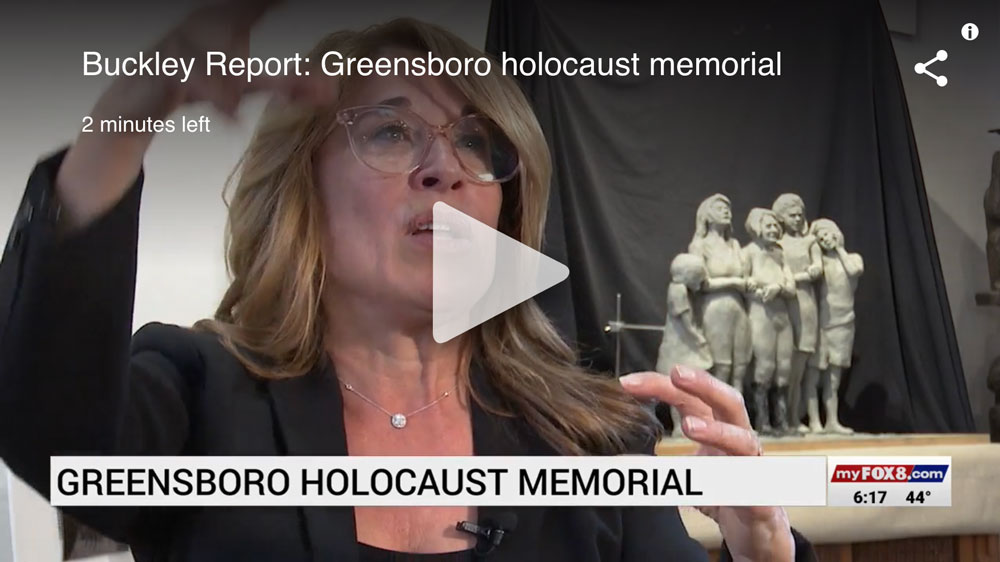 GREENSBORO, N.C. — As Victoria Milstein works on her latest project, she knows it is much more than just art.

“We’re the canaries in the coal mine,” Victoria said. “The visual journey of our life is recorded by artists.”

Victoria is part of the Women of the Shoah Holocaust Education Project.

“Shoah means a catastrophe,” she said.

She is recreating her interpretation of a photograph as a statue. It has four women and a little girl. They stand and stare into the camera minutes before they were shot and killed by German soldiers in Latvia in December of 1941.

Shelly Weiner could well have been one of them.

“It was a miracle that we survived,” Shelly said. “I would not be here today if it were not for my incredibly brave mother and aunt. The four of us were hidden by a Ukranian farm family for 28 months.”

Shelly’s face and hands are the inspiration for one of the women Victoria is sculpting. When she’s done, it will be placed in LeBauer Park in downtown Greensboro and become North Carolina’s first holocaust memorial dedicated to woman.

Victoria says there is a very clear message she hopes everyone gets from it.

“Don’t see others as others…we were all, no matter what our race, our religion, our background, whether we’re tall, we’re short, we’re black, we’re white, whether we’re a Muslim, a Jew, a Christian that we don’t see other people as others. We see them as a part of who we are,” Victoria said.

See how she interpreted the photograph in this edition of the Buckley Report.